"The enemy of my enemy is my….enemy? War criminals in the PRC and the various roads to justice," The Global Asia Research Center, Waseda University, Japan, August 3, 2021.

"Anchors of History: Long Shadow of Japanese Imperial Propaganda," in the Fanning of the Flames Speaker series at the Hoover Institution, Palo Alto, California, June 1, 2021. (See the talk at the Fanning the Flames speaker series).

"Paving The Road Away From Reconciliation: The Anatomy Of Injustice In Post-WWII Japanese War Crimes Trials," Global China Humanities Lecture Series, Hong Kong University of Science and Technology, May 4, 2021.

"Like slapping one's own face:" How Japan Dealt with its Failed Empire in the Early Postwar Years," Oxford University History Society, October 16, 2020.

"Reflections on the Past Decade of War Crimes Trial History in East Asia: The Battle between National Memory and International Politics," and organizer of the workshop, Justice and Injustice in East Asia, 1945 to the Present: Media, History and Politics, Swedish Collegium for Advanced Study, May 26, 2020.

"The Cold War, Reconciliation and the Uneven Path toward Justice in Sino-Japanese Relations, 1945- 2020," Shanghai Jiaotong University, May 21, 2020.

"The global moment of justice: war crimes trials in Europe and Asia in comparison," 2018 International Symposium on the 70th Anniversary of the Judgement of the Tokyo Trial, Shanghai Jiaotong University, Shanghai, November 13, 2018.

"Tracing the Lines of Justice and the Spectacle of Law in Postwar Japan and China," hosted jointly by the ANU Japan Institute and the Australian Centre on China in the World, Australia National University, Canberra, Australia, November 8, 2017.

"Adjudicating Victory in Postwar East Asia: the spectacle of war crimes and the theatre of justice," School of Asian and Oriental Studies (SOAS), London, January 18, 2017.

Organizer and convener of the 3rd Toshiba Foundation-funded conference, The Media and How It Shapes History in East Asia, University of Cambridge, January 13-15, 2017.

Organizer and convener of ERC-funded conference, The Reconstruction of East Asia, 1945-65, University of Cambridge, December 9-12, 2016.

Organizer and convener of the 2nd Toshiba Foundation-funded conference, The Media and How It Shapes History in East Asia (with special focus on Korea and Taiwan), University of Cambridge, April 7-9, 2016.

"Legality and Empire – the Struggle over 'Justice' in Sino-Japanese Relations (1944-1947)," The Sino-Japanese War and Its Impact on Asia, International Conference at Academia Sinica, Taipei, Taiwan, December 20, 2015.

"National Memory and the Politics of War Crimes in China and Japan," opening lecture for series The Politics of History and Memory in Eastern Europe and Asia, organized by Dr. Martin Grossheim, Dept. of Southeast Asian Studies and Prof. Dr. Thomas Wünsch, Dept. History and Cultures of Eastern Europe, University of Passau, Germany, October 21, 2015.

The Asia Pacific War and Its Legacy: A Historical Debate on the 70th Anniversary of the End of the War, a discussion with Professor Rana Mitter and historian Francis Pike, Victory Services Club, London, October 5, 2015.

"Friending the Enemy: the White Group and the KMT's Pursuit of an alliance with Post-imperial Japan," Centre of Taiwanese Studies, SOAS, University of London, February 26, 2015.

Organizer and convener of 1st Toshiba Foundation-funded conference, The Media and How It Shapes History in East Asia, University of Cambridge, January 30 - February 1, 2015.

"Decolonization and the Search for Justice in the Imperial Aftermath: Japanese Discussions About the Actual Pursuit of Justice," at the conference Rethinking Justice? Decolonization, Cold War, and Asian War Crimes Trials after 1945, University of Heidelberg, Germany, October 27, 2014.

"Looking at expectations of Japan from abroad,"「海外から見た日本への期待」, keynote speech at the International Symposium, Toward 2020, What Message Can Japan Send the World?「２０２０年へ、日本は世界に何を発信できるか」, sponsored by the Nihon Keizai Newspaper and the Toshiba Foundation, October 3, 2014, Tokyo, Japan (in Japanese).

Organizer and convener of ERC-funded conference, Breakdown of the Japanese Empire and the Search for Legitimacy, University of Cambridge, September 20-23, 2014.

"The Justice of Empire: Investigating Japanese Efforts to Define Defeat in the Postwar," at the Shifting Terrains of Struggle in Japan and Japanese Studies Conference, University of North Carolina (Triangle Center for Japanese Studies), USA, April 12, 2014.

"Sure it's delicious, but why is it popular? Historically decoding regional branding, food tourism and the rise of ramen, Japan's epic noodle soup," Devouring Japan Conference, University of Texas, Austin, February 21, 2014.

"Who gets to judge and who judges? Japanese war crimes and Chinese justice, 1945-65," World History Seminar, Faculty of History, University of Cambridge, January 23, 2014.

"The Dissolution of the Japanese Empire and the Struggle for Legitimacy in Postwar East Asia, 1945–1965," at the New Perspectives on the Chinese 1950s Workshop, University of York, UK, July 20, 2013.

"Thoughts on Japanese War Crimes Trials, Traitors, and Sino-Japanese Relations," lecture in the Graduate School of Interdisciplinary Information Studies at the University of Tokyo, Japan, May 21, 2013.

"Ramen – the Noodle Soup that Changed Japan and the World," University of Heidelberg, Germany (Cluster of Excellence: Asia and Europe in a Global Context), April 24, 2013.

"Searching for Shame in immediate postwar East Asia: the pursuit of justice and the dilemma of benevolence," Shame and Shaming in Twentieth Century History Conference, Center for the History of Emotions, Max Planck Institute for Human Development, Berlin, December 6, 2012.

"Identity, Food and Consumerism: Charting the Movement of Ramen as a Chinese Dish to a Japanese National Icon," History of Design Seminar, Royal College of Art, London, March 1, 2012.

"Nothing to laugh at: Chinese humor and the image of Japan," University of Sydney (Australia), co-hosted by the Australasia Humour Studies Network, December 13, 2011.

"What happened to Japanese soldiers in postwar China and  what did the Chinese do to them?" The Cambridge and Oxford Society of Tokyo, Japan, July 22, 2011.

"The "White Group": The Role of Japanese Imperial Soldiers in China"s Civil War and the Struggle for International Legitimacy," Department of History, Penn State University, October 25, 2010.

"The Devil Inside: the image of Japan in 20th century Chinese humor," Department of Comparative Literature, Penn State University, October 25, 2010.

"The history of sugar consumption in Japan," at The Historical Consumer: Consumption and Everyday Life in Japan, 1850-2000 conference at the London School of Economics, July 29, 2010.

Invited panelist to the Asahi Shimbun sponsored symposium on the role of media in Japanese history (朝日新聞シンポジウム昭和報道：検証), June 4, 2010, Tokyo, Japan. (Delivered in Japanese)

"The WWII Japanese and Chinese struggle for hearts and minds," Waseda University, June 15, 2009.

"Victim"s Justice: Early Cold War East Asia and the Pursuit of a New Order," on the panel The Impact of China: Experience on the Construction of Modern Japanese Identity, Association for Asian Studies annual conference, Chicago, March 27, 2009.

"Going for the Gold: Health and Sports in Japan's Quest for Modernity," delivered at Olympian Desires: Building Bodies and Nations in East Asia; A Symposium at the University of Kansas, April 10, 2008.

"The Colonization of Cuisine and the Translation of Empire," at the "Translation: East Asia and the West International Conference for Junior Scholars," December 4, 2007, National Taiwan Normal University, Taipei, Taiwan.

"The Meiji restoration was a menu revolution - diplomacy and dining in early modern Japan," at the Japan Research Centre, SOAS, London, November 21, 2007.

"The Cold War in East Asia-Memory and Loathing," at Crossing Boundaries in Cold War Studies Conference, University of Cambridge, May 4, 2007.

"A short history of Japanese cuisine and the meaning of banquets in diplomacy," invited dinner lecture for the Shibusawa/Suntory Workshop in Cambridge on the Two Bilateral Relations with the Superpower, University of Cambridge, March 26, 2007.

"Japan's postwar circus and breadlines - national diet and demobilization," at the Oxford Princeton Workshop, Making Order in the Post-war World: A Comparative Study of Europe and East Asia in the 1940s and 1950s, History Faculty, Oxford University, March 23, 2007.

"What do manga tell us about Japanese history and why should we care? Manga to rekishi, nani zoya?" Annual Cambridge lecture (in English and Japanese) at Chaucer College Canterbury, UK, February 2, 2007. 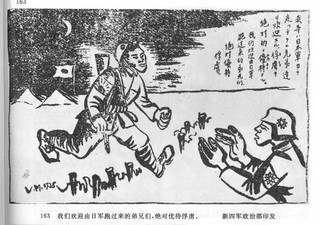 Thursday, March 2, 2006 lecture in the Department of History at Indiana State University. 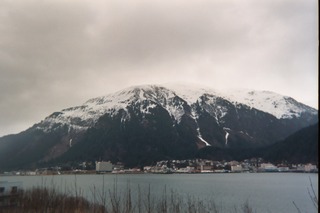 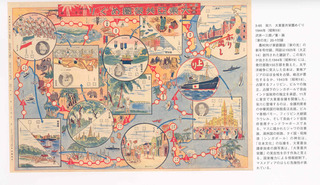