In this chapter I argue that Japanese foodways grew out of both a dialogue within Japan’s colonial empire and a discourse bent on separating the concept of national food away from and in distinction to China. For post-Meiji Restoration (1868) Japan, we cannot understand “Japanese cuisine” in a geographical and historical vacuum as a product that grew up in isolation. Indeed, one of the major ideological shifts in identity during the Taisho era (1912-26) was the incorporation and consumption of Chinese food and its influence on Japanese cuisine and diet, even as the very concept of Japanese cuisine was forming. 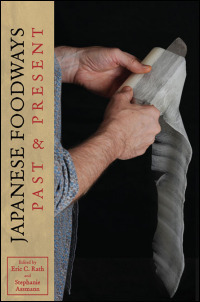